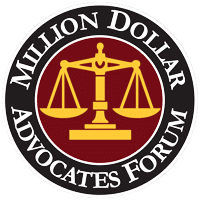 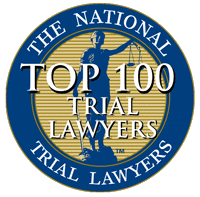 Nobody ever thinks they will get hit by a drunk driver, but we know that too many people make the choice each day to get behind the wheel impaired. These incidents are unpredictable and there may come a time when you need a Toledo DUI accident attorney.

At Paulozzi LPA Injury Lawyers, we are here to help if you or a loved one have been injured due to the actions of a driver impaired by alcohol or drugs. Let us get to work on securing the compensation you need.

But this has not stopped the problems.

Despite our best efforts, we know that far too many people make the choice to get behind the wheel after they have had too much to drink. For the latest reporting year in Ohio, we know that there were more than 1,000 vehicle crash deaths.

Those numbers are staggering, but we need to remember that the people who survive crashes caused by alcohol-impaired drivers are often left dealing with serious injuries.

Crashes involving alcohol-impaired drivers are usually worse than regular crashes because these drivers usually travel recklessly at high rates of speed and rarely slow down before an impact. Not only are other drivers and passengers at risk, but so are motorcyclists, bicyclists, and pedestrians.

It is not uncommon for us to see the following injuries in the aftermath of these crashes:

Each of these injuries can cause long-term damage to a victim. In many cases, a victim will amass medical bills well over a hundred thousand dollars. In many cases, they will lose their income while they recover, taking away the money they need to support themselves and their families.

Will the insurance companies take all of this into consideration when determining a settlement amount?

Moving On From Here

We are sorry you are going through this. Nobody should ever have to suffer because someone else made the choice to drink and drive. If you or someone you love has been injured, we are ready to step in and be your advocate.

At Paulozzi LPA Injury Lawyers, we are ready to step in and secure the compensation you need for all of your crash-related expenses. This can include:

If you need a Toledo DUI accident lawyer, you can contact us for a free consultation by clicking here or calling us at 888-710-0040.